MCDONAGH TO MAKE DEBUT VERSUS STARS

Posted on January 7, 2011 | Comments Off on MCDONAGH TO MAKE DEBUT VERSUS STARS 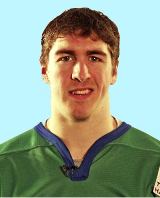 According to all of the NY Rangers beat writers, the word out of Dallas is that Michael Rozsival is out for tonight’s game and that Ryan McDonagh will make his NHL debut afterall.

The way it was described by Head Coach John Tortorella was that McDonagh was brought up essentially to have a look see in practice and that he wasn’t expected to play in any games. It was speculated by many that McDonagh might have even played this weekend with the Connecticut Whale when they play back-to-back days and games in Norfolk against the Admirals.

McDonagh, according to those reports is expected to skate with Matt Gilroy. McDonagh joins Derek Stephan, Michael Sauer, Dale Weise, Mats Zuccarello, and Evgeny Grachev as rookies who’ve played for the Rangers this season.

As the famed Irish poet Robert Burns once wrote in his poem To a Mouse, “The best-laid schemes o’ mice an’ men gang aft a-gley…”

Like how I whip a little culture on ya in the midst of a hockey story… We aim to please AND educate. 🙂