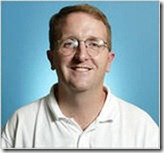 The Whale visited Norfolk, VA this past weekend for their only road action against the Norfolk Admirals this season. Connecticut dropped both ends of the two-game set, falling by a 3-1 score Friday night at the Norfolk Scope, and by a 4-2 margin on Saturday night. Aaron Voros scored twice on the weekend for the Whale, and defenseman Sam Klassen recorded his first AHL point with an assist in Saturday’s action. The Whale still own a two-point edge over the Adirondack Phantoms for first place in the Northeast Division.

The Whale are in action three times this week, first taking to the road against the Portland Pirates Wednesday night (6:30 PM faceoff). Connecticut will then finally return home, starting a five-game homestand against the St. John’s IceCaps Friday night at the XL Center, and then hosting the Norfolk Admirals Saturday night (both games 7:00).

· The Whale head to Portland Wednesday for their second road meeting with the Pirates this season, and their third overall.

· Connecticut defeated the Pirates at home on Nov. 23, 3-2 in overtime, but dropped their last meeting in overtime, 5-4, on Jan. 2 in Portland.

· The Pirates won two of their last three games from this weekend’s action, defeating the Springfield Falcons in a shootout Friday, 5-4, in Springfield, before being beaten by Falcons at home, 4-2, Saturday. Portland also downed the Manchester Monarchs, 4-1, on Sunday in Manchester.

· The Whale host the St. John’s IceCaps for the second time this season, their fourth and final meeting of the year overall.

· St. John’s has taken all three prior matchups with the Whale this year, including a 6-3 decision the last time the IceCaps visited Hartford, November 4.

· The IceCaps are currently sitting in first place in the AHL’s Atlantic Division with 50 points on the season.

· Spencer Machacek (1-4-5) and Marco Rosa (1-4-5) share the team lead in scoring against the Whale to date, tallying five points each.

Saturday, January 21 vs. Norfolk Admirals at the XL Center, 7:00 PM

· The Whale will host a top-level professional women’s hockey game prior to this game.  The “International Women’s Hockey Challenge”, presented by Aetna, will be a Canadian Women’s Hockey League (CWHL) regular-season battle between the Boston Blades and Team Alberta.  That contest will face off at 3:00 PM, and tickets for the Whale game will also be good for admission to the CWHL tilt.

· 3,000 fans will receive Wade Redden bobble-heads at this game, courtesy of Click It or Ticket.

· The Admirals topped the Whale twice this past weekend, getting two goals each from Matt Fornataro and Richard Panik. Cory Conacher scored once and had an assist, and leads the league with 22 goals this season.

· Dustin Tokarski picked up both wins in goal for the Admirals, allowing just three goals, good for a 1.50 goals against average in the two games.

· The Admirals’ power-play is working at 21.1%, fourth in the AHL, while the Whale are just percentage points behind at 20.8% this season.

· This will be the second game of a five game homestand for the Whale, tied for their longest home stretch of the season.

Aetna presents the ninth annual Whale “Tip-a-Player” Dinner and Sports Carnival this Sunday, January 22, “on the ice” at the XL Center from 4:00-7:00 PM.  The Whale players will be serving dinner, and competing for “tips”, to benefit Gaylord Specialty Healthcare.  Adult tickets are $30 and children’s tickets are $20 each.  For more information, contact the Whale office at (860) 728-3366 or go to TipaPlayerEvent.charityhappenings.org.

· The following special “Whale TV” selections will be available this week to Comcast Xfinity on Demand customers throughout New England, in the “Get Local” folder of Comcast’s On Demand Service:

o GiGi Marvin Profile (Whale Special Events folder) – get to know GiGi Marvin, a forward for the Boston Blades of the Canadian Women’s Hockey League, who will take on Team Alberta at the XL Center on this Saturday, January 21 at 3:00, prior to the Whale’s game later that night vs. Norfolk.  Marvin is a three-time member of the U.S. Women’s National Team for the International Ice Hockey Federation World Women’s Championship, in which she won two gold medals.

o Game Highlights (Game of the Week folder) – the featured game is an exciting, back-and-forth skirmish between the Whale and their most familiar rivals, the Springfield Falcons, from January 7 at the XL Center.

· Every Tuesday night, CPTV Sports will air an edited re-broadcast of a Whale game from the previous week, on “Whale TV Replay”.

o This Tuesday night, January 17 at 7:00 PM, Whale TV Replay will feature a re-broadcast of a classic game from December, 1976, when the New England Whalers faced the Soviet national team.

· The second of five live Whale TV broadcasts on WCCT-TV, Connecticut’s CW affiliate, presented by Webster Bank, is coming up Saturday, January 28, when the Whale host the Springfield Falcons at 7:00 PM.

Erik Christensen – loaned to the Whale by the New York Rangers on a conditioning assignment January 11.

Kris Newbury – recalled from loan to the Whale by the NY Rangers January 15.

Whale fans can pick up some collectible goodies at Whale home games January 27 and January 28, which will be “Trading Card Weekend” at the XL Center.  Friday, January 27, when the Whale entertain the Wilkes-Barre/Scranton Penguins (7:00 PM faceoff), 5,000 fans will receive the Whale’s second set of player trading cards, sponsored by Webster Bank.  The featured players for this set are All-Star Jonathan Audy-Marchessault, Cam Talbot, Ryan Bourque, Kelsey Tessier, Jordan Owens and, in a historical tribute, former Hartford Wolf Pack star Ryan Callahan, now captain of the parent New York Rangers.  Then the next night, Saturday, January 28, when the Springfield Falcons visit the XL Center for a 7:00 game, will feature a giveaway of additional sets of the first group of Whale trading cards.  That array included cards of All-Star Mats Zuccarello, Wade Redden, Kris Newbury, Chad Johnson and Carl Hagelin.  Also, after the game on January 28, selected Whale players will conduct an autograph session to sign their cards.

The Connecticut Whale and the CT Hockey Hall of Fame will partner to hold a CT Hockey Hall of Fame night at the Whale’s home game at the XL Center Saturday, March 10 vs. the Norfolk Admirals.  That night will mark the enshrinement of a new class of 2012 inductees into the CT Hockey Hall of Fame, which has adopted eight members from the storied Hartford Whalers Hall of Fame.  There will be an induction ceremony before the game, which faces off at 7:00 PM on March 10, and the new inductees will also be recognized on the ice during the first intermission.  Fans can take home a special souvenir of the March 10 night, as 5,000 Hall of Fame posters will be given away, courtesy of SuperCuts.  This will be the first class of inductees since 1990, and the 2012 class will be announced later this month.  Further details are available at cthockeyHOF.org.

College students can get discounted tickets to Whale weekday games with the Whale’s “Ditch the Dorms” deal.  For Monday through Friday home games, students who show a valid student ID at the Public Power Ticket Office at the XL Center can get $2 off Upper Level tickets and $5 off Lower Level seats.

Save on your tickets, and get the best seats, with a ticket plan for the Whale’s 2011-12 AHL campaign, which are on sale now. For information on season seats, mini plans and great group discounts, visit ctwhale.com, or call the CT Whale ticket office at (860) 728-3366 to talk with an account executive today.

The AHL’s Connecticut Whale is operated by Whalers Sports and Entertainment, a Hartford-based sports marketing and event firm founded by Howard Baldwin and Howard Baldwin, Jr.. The team is the top player-development affiliate of the NHL’s New York Rangers.

Since 1972, the CT Lottery has generated nearly $21.4 billion in sales and has transferred more than $7.2 billion to the state’s General Fund. Prizes have exceeded $12.3 billion. Purchasers must be 18 years or older. If you or someone you know has a gambling problem, call the Problem Gambling Helpline at 1-800-346-6238. For more information about the Connecticut Lottery Corporation, visit ctlottery.org.

CATCH THE WHALE AT CTWHALE.COM