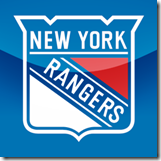 In the United States’ 3-0 victory over Sweden, Chris Kreider scored the game-winning power play goal and was named Team USA’s Player of the Game.  Team Captain Derek Stepan and Ryan Bourque both notched assists in the game.  Through two games, Stepan has recorded four points (1-3-4) and Kreider has recorded two points (1-1-2).

Roman Horak also tallied a goal for the Czech Republic in their 4-3 loss to Finland.

The United States next plays Latvia and the Czech Republic next plays Austria, both games being held on Tuesday, December 29th

Should you have deeper interests in reading about these possible future Wolf Pack/Rangers prospects, read our friend Jess Rubenstein at The Prospect Park.

Comments Off on FUTURE PACK PUPS?