Posted on January 24, 2012 | Comments Off on ROAD WARRIORS TRADE FOR BRETTON CAMERON

The Greenville Road Warriors announced today that they have acquired forward Bretton Cameron from the Stockton Thunder in exchange for forward Max Campbell.

END_OF_DOCUMENT_TOKEN_TO_BE_REPLACED

Comments Off on ROAD WARRIORS TRADE FOR BRETTON CAMERON

FLORIDA NOT SO SUNNY FOR GREENVILLE

Posted on November 6, 2011 | Comments Off on FLORIDA NOT SO SUNNY FOR GREENVILLE

GREENVILLE, SC – The Greenville Road Warriors suffered a 5-2 defeat at the hands of the Florida Everblades on Saturday night at the BI-LO Center. The loss dropped Greenville to 4-5-0 on the season.

END_OF_DOCUMENT_TOKEN_TO_BE_REPLACED

Comments Off on FLORIDA NOT SO SUNNY FOR GREENVILLE

AND YOUR STARTING GREENVILLE LINE-UP IS…

Posted on October 13, 2011 | Comments Off on AND YOUR STARTING GREENVILLE LINE-UP IS…

The Road Warriors open the 2011-12 season with nine skaters returning from the club that won the South Division and Eastern Conference regular season titles in 2010-11. They are joined by 11 new faces, six of whom are rookies at the professional level.
Greenville’s season-opening roster is:

END_OF_DOCUMENT_TOKEN_TO_BE_REPLACED

Comments Off on AND YOUR STARTING GREENVILLE LINE-UP IS…

Posted on October 8, 2011 | Comments Off on PRE-SEASON FINALE FOR GREENVILLE

The Greenville Road Warriors wrap up their exhibition season tonight with a visit to North Charleston to take on the South Carolina Stingrays at the Carolina Ice Palace.

The Road Warriors started off the preseason home-and-home against South Carolina with a 3-2 shootout win at the BI-LO Center last night. Greenville built a 2-0 lead on goals by Justin Bowers and Brandon Wong in the first and second period, respectively. In the third South Carolina battled back with a pair of goals from Danick Paquette and Jerry Pollastrone to force overtime. After a scoreless five minutes the Road Warriors used goals from Bowers and Marc-Olivier Vallerand, and four saves from Jason Missiaen to win the shootout 2-1. The win moved Greenville to 2-0-0 all time in the preseason against South Carolina. END_OF_DOCUMENT_TOKEN_TO_BE_REPLACED

Comments Off on PRE-SEASON FINALE FOR GREENVILLE

Comments Off on WHALE CUTS

Posted on June 3, 2011 | Comments Off on FROM THE CREASE with BRUCE BERLET 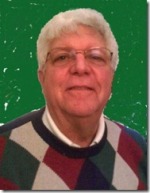 Sounds like the Connecticut Whale made a good move today signing center Max Campbell to an AHL contract.

Jess Rubenstein of Prospect Park called Campbell “the comeback kid who rebuilt his entire game” at Western Michigan University and should have been given at least an amateur tryout contract with the Whale at the end of last season.

“The lack of centers, let alone those who are natural goal scorers in the system, should have been enough to earn Campbell a look,” Rubenstein said via email. “The kid scored some huge season-saving goals for Western Michigan. Heck, Campbell is the kid who knocked off (wing) Carl Hagelin and Michigan in the CCHA (Central Collegiate Hockey Association) semifinals. He had one game where he scored with like 0.09 on the clock to beat Notre Dame.

END_OF_DOCUMENT_TOKEN_TO_BE_REPLACED

The Connecticut Whale make a signing for next season. Former 5th round pick Max Campbell will be in camp in September.

According to Hockey’s Future, Campbell is a playmaking center and a left-handed shot. Of him they say that he is a, “a real offensive threat on the power play.” However, they caution that he needs to improve his speed to make it at the next level.

Of Campbell they say the following:

A highly skilled player with good hockey sense and a nose for the net, Campbell has a lot of upside.

“Max seems to excel in pressure situations. He has consistently shown the ability to make the big play when the game is on the line.”– Rich Brown, NY Rangers Amateur Scout.

In danger of becoming a specialty player, to succeed at the next level, Campbell will need to better round his game.

END_OF_DOCUMENT_TOKEN_TO_BE_REPLACED

Comments Off on CAMPBELL IN WHALE SOUP