END_OF_DOCUMENT_TOKEN_TO_BE_REPLACED

BACK TO THE FUTURE – CATCHING UP WITH MICHAEL DEL ZOTTO

Posted on July 26, 2011 | Comments Off on BACK TO THE FUTURE – CATCHING UP WITH MICHAEL DEL ZOTTO

BY: Mitch Beck with Adam Gavriel 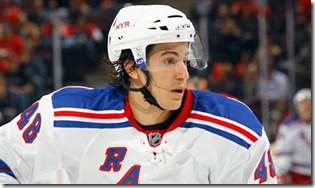 For athletes looking to develop a professional career, the path to achieving it, in many ways, resembles the four-year high school matriculation process.

As a rookie, a player enters their freshman year; the new kid on the block. Expectations are high, but there are a lot of unknowns.

By an athlete’s second season, the awkward first year mistakes should be minimalized and the expectations elevate.

The third year is the critical test. In high school, adjustments have been and the child that showed up for freshman year is expected to be gone. The adjustments that have been learned from the second year are now fully implemented. There’s more responsibility. More pressure to be, pardon the cliché, all that you can be are clearly beginning to emerge.

END_OF_DOCUMENT_TOKEN_TO_BE_REPLACED

FAN-FARE -The Art of The Offer Sheet

Keeping a close eye on the Stamkos deal in Tampa? No? Well, start researching.

Reports constantly coming out of Tampa Bay are saying that the Stamkos and Lightning parties are decently far apart in what it’s going to take to lock up the star 21-year old center.

The Lightning first overall pick in 2008 has recorded nearly a point per game in his young NHL career at 232 points in 243 games (0.95/game). At the age of 20, Stamkos won the Rocket Richard trophy for most goals scored in an NHL season with 51. He showed no signs of slowing down this past season as he recorded 91 points in a full 82 game season with 45 goals.

END_OF_DOCUMENT_TOKEN_TO_BE_REPLACED

Comments Off on FAN-FARE -The Art of The Offer Sheet

Posted on February 26, 2011 | Comments Off on RANGERS BIG TEST VS. LIGHTNING 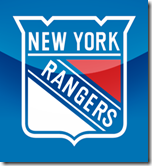 END_OF_DOCUMENT_TOKEN_TO_BE_REPLACED

Comments Off on RANGERS BIG TEST VS. LIGHTNING

Posted on December 31, 2010 | Comments Off on RANGERS VS. LIGHTNING PREVIEW

Comments Off on RANGERS VS. LIGHTNING PREVIEW

Posted on December 22, 2010 | Comments Off on RANGERS AND LIGHTNING PREVIEW

TOMORROW’S GAME:
The Rangers will face-off against the Tampa Bay Lightning tomorrow, Dec. 23, at Madison Square Garden (7:00 p.m.). The Blueshirts currently rank third in the Atlantic Division standings, and seventh in the Eastern Conference, with a record of 20-14-1 (41 pts). The Rangers enter tomorrow’s contest having been defeated by the Philadelphia Flyers, 4-1, on Saturday at Wells Fargo Center, and are now 13-7-0 in their last 20 games. New York has won six of their last nine games at MSG (6-3-0). The Lightning currently rank sixth in the Eastern Conference with a 19-10-4 (42 pts) record entering their contest tonight at Long Island, and have won each of their last four games. Following tomorrow’s contest, the Rangers will return to action when they face-off against the New York Islanders on Monday, Dec. 27, at Madison Square Garden (7:00 p.m.). END_OF_DOCUMENT_TOKEN_TO_BE_REPLACED

Comments Off on RANGERS AND LIGHTNING PREVIEW